365-Day Countdown to Retirement: Control What You Can Control

Peter Keller is a Financial Planner with over 22 years of experience in estate, investment and tax planning strategies. Peter is committed to providing clients with unbiased, comprehensive and holistic solutions to their financial planning needs. Prior to joining Pure Financial Advisors, Peter worked for a large Broker-Dealer in the Financial Planning Group where he [...]

As President of Pure Financial Advisors, Joe Anderson has led the company to achieve over $2 billion in assets under management and has grown their client base to over 2,160 in just ten years of the firm opening. When Joe began working with Pure Financial in 2008, they had almost no clients, negative revenue and no [...]

Alan Clopine is the CEO & CFO of Pure Financial Advisors. He currently leads Pure Financial Advisors along with Michael Fenison and Joe Anderson. Alan joined the firm about one year after it was established. At that time the company had less than 100 clients and approximately $50 million of assets under management. As of [...]

Retiring is one of the mile markers many people look forward to, but the days leading up to the countdown to retirement can be full of anxiety if you aren’t sure if you have saved enough money to enjoy your golden years. Senior Advisor Peter Keller discusses the steps you can take to have some peace of mind by controlling the things you can control. Not sure what timing works best for you and your retirement? Do you have a non-financial action plan? Financial professional Alan Clopine breaks it all down in this one-on-one interview.

Joe: To make sure that you can retire in the next 365 days, we brought in probably the best guys we’ve ever had on this show. I’m so excited to bring out Peter the man Keller. He’s a CERTIFIED FINANCIAL PLANNER. He’s a senior financial advisor, 20+ experience in the business. Al’s going to break things down with Pete to look at the financial things. What you can’t control, right, and then we’re also going to look at the non-financial things, that you want to make sure that you look at because controlling the things you can’t control is key. We’re looking at risks, cost, and taxes but enough of me, let’s bring on Alan and big Peter Keller.

Alan: Well Pete thanks so much for joining us and let’s jump right into we’re talking about action plans, retirement action plans. What are some of the key elements that should go into a plan?

Peter: Great question Al. There’s a lot that you need to consider when you’re going into retirement, but if I was to really break it down into three components, just from a broad spectrum I would say; first, you’ve got financial considerations. You want to really focus in on what is the desired spending that you have in retirement and then what’s going to be the income to create, to maintain that lifestyle that you desire in retirement. Then the second one’s going to be timing. When are you going to retire? And there’s a lot of different components, is that going to be at the beginning of the year? Is it going to be at the end of the year? There’s different ramifications of that. And then finally, it’s going to be the non-financial considerations. You’ve got seven Saturdays a week to fill your time. So, what are you going to do in retirement?

Alan: So okay, so let’s start with financial considerations. So, you’ve done your math and either you’re on track, you can retire in a year, or maybe you’re not on track. And a lot of folks when they look at their spending they’re really they’re not quite there. So, what are some things that they ought to consider?

Peter: Yeah, so you really want to hone in on spending. Because spending is really going to drive everything, you want to be able to maintain that same standard of living throughout retirement, or you might want to enhance it some more as we talked about earlier from Joe. He said, hey maybe in retirement you want to increase your standard of living. Alright, well the best approach to doing that is to put pencil to paper and start mapping it out and really figuring out what it takes to retire. And then you’re going to backfill and see alright, well how much of a nest egg do I need in order to maintain that same standard of living at the end of the day? If you’re coming up short, then there’s some other considerations that you might want to make. So considerations: reducing your standard of living, selling a home.

Alan: So what if I don’t want to do that? I want to live my lifestyle. What should I do?

Alan: You know, I think a lot of people that’s what they’re going to choose probably, right? Because they may want to work part-time anyway, just for something to do, but it also adds a little extra income. So let’s talk about timing issues because it’s not just about when you decide to quit.

Peter: Yeah, no, timing is really, really important to consider because when retiring at the end of the year, you’ve got to look at all the comp that could come into play and the tax ramifications. So if you have an annual year’s worth of salary and you retire at the end of the year, and you have equity comp such as stock options, restricted stock units, those are going to vest, that could throw your income higher. You might want to consider pushing that off until the next year, and then there’s also other issues with retiring at the beginning of the month or at the end of the month if you retire at the beginning of the month. Then you have another month’s worth of benefits health benefits through your employer. So timing is really critical if you carry into the next year by a month or two. Now you have time to fund 401(k)s or Roth contributions as well.

Alan: So, Pete there’s also non-financial considerations on how you’re going to spend your time, and that’s just as important as everything else.

Peter: Yeah with retirement you now have seven Saturdays a week to fill your time. So what are you going to do? A lot of people consider going out volunteering, pursuing another business interest of their own that they’re passionate about. So, retirement, take a step back and think about what you’re going to be doing through your days in your golden years.

Alan: Well, Pete thank you so much for joining us. 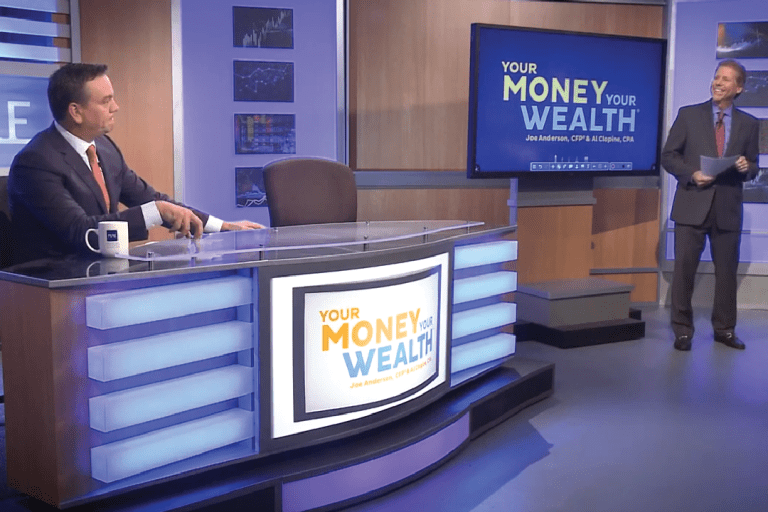 Ask The Experts: Take the Sting Out of Taxes For High Income Earners

Tired of writing a big check to Uncle Sam? You can help take the sting out of your tax bill by using financial planning tools and strategies. Financial professionals Joe Anderson and Alan Clopine discuss how tax-loss harvesting can help create tax savings. They caution... 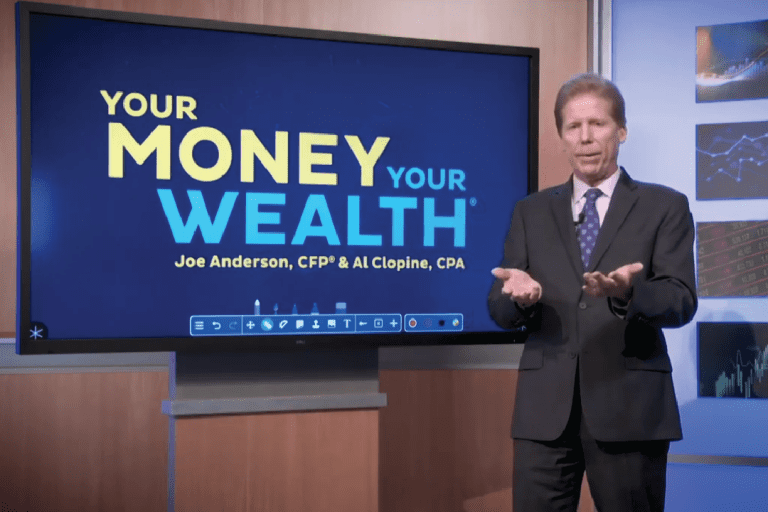 Are you planning on selling a business or expect to have a big boost in your income? We asked financial professionals Joe Anderson and Alan Clopine about tax strategies to help keep more of what you earn. From tax-loss harvesting to a donor-advised fund, the... 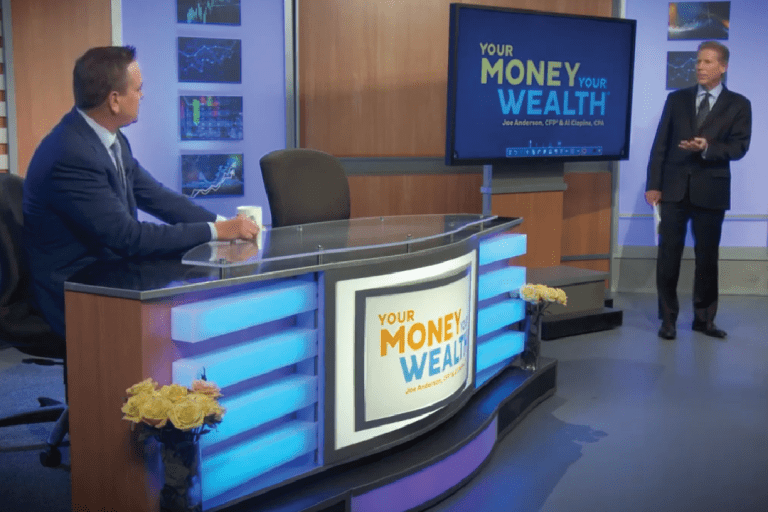 Are you counting down the days until you retire? We asked financial professionals Joe Anderson and Alan Clopine how to make the most of your money by planning for retirement. From life insurance to Roth IRA’s they discuss ways to keep more of the money... 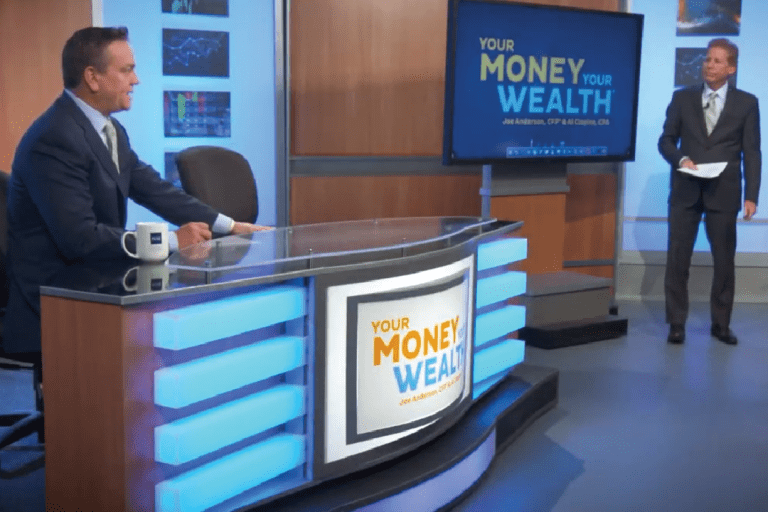 Ask The Experts: Investments To Benefit Your Heirs

Looking to give your grandchildren a jumpstart on saving for their education but not sure if college funds or investment funds are the best way to grow the money? Do you have real estate you want to pass on to your children but want to...