As President of Pure Financial Advisors, Joe Anderson has led the company to achieve over $2 billion in assets under management and has grown their client base to over 2,160 in just ten years of the firm opening. When Joe began working with Pure Financial in 2008, they had almost no clients, negative revenue and no [...]

Are you dreaming of retiring in the next year or the next decade? Stop dreaming and make retirement a reality. Financial professionals Joe Anderson and Alan Clopine give a 365-day countdown to retirement. They’ll help you determine if you are ready to leave your day job and give you specific steps to take if you have fallen short of your financial goals.

Alan: 365-Day countdown to retirement: are you ready? So, we’re going to go over the things that you need to consider over the next year to make sure you’re ready to retire. So, I got a little timeline here. Let’s start with days 1 through 5 or maybe you can do this in a day. I don’t know. But then here’s where you’d figure out: are you ready? Are you financially ready? Alright, so we’ll tell you how to think about that. So that’s number one. If you determine that you’re ready, okay so then rest of the month let’s come up with an action plan because there’s some things that you’re going to need to do and consider before you actually retire. After that, let’s go ahead and implement the plans so you actually can retire in 365 days and there’s probably going to be course corrections along the way. And Joe, this to me is one of our most exciting shows because this is all about financial freedom, retiring.

Joe: Right, and I think the first steps of all of this is alright, well what is – what am I spending, right? And there’s different rules of thumb that people take a look at. And if you take a look at, let’s say Fortune Magazine, what are they saying? Well, you’re going to spend up to 60 to 80% of your pre-tax income. Or you could go all the way to Fidelity and they’re saying well you need 10 times your final pay. Or maybe it’s somewhere in between. And what Alan and I found is that it’s all over the map, all over the map.

Alan: It is Joe, because and really there’s I think a better way to think about it and that’s looking at your own exact situation instead of these rules of thumb. So, what that means is start with your own spending, and a lot of people may not even know what they’re spending. So, at least maybe start with your paycheck, take a look at your net pay and multiply that times the number of payments, paychecks you get per year and if you’re spending about what you’re making that’s a pretty good indication of what you’re actually spending. Because a lot of folks when we talk to them, they’re spending eighty or a hundred thousand dollars and they think they’re spending thirty or forty thousand. So start there but it gets a little bit more complicated than that.

Joe: Yeah and another thing too is that when you’re retired just realize that it’s Saturday every day, right. You don’t get a day off and what do we usually do on Saturdays? Well, we find time to spend money because we’re not working. And so some of these rules of thumb that you’re going to spend significantly less money in retirement, well those are just rules of thumb. A lot of individuals actually spend quite a bit more, especially in the first few years of retirement because guess what? You have a little bit more free time, you’re doing different things, you want to travel, especially in your first few years of retirement while you’re still young. So, you have to look at some of these as a grain of salt, but I think again, it’s a really good starting point to determine alright, well I’m not even close to this. Because a lot of people’s savings is nowhere near 60%, it’s going to be 6% of what you’re currently spending now because there’s not enough money saved.

Alan: Yeah, and then the other thing too is, as you said, a lot of people want to spend more in retirement and these rules of thumb of spending 60 to 80%, maybe that works for you, maybe it doesn’t. In our experience, those that have saved, want to spend a little bit more in retirement. And so I think how you look at that is break your expenses down maybe into housing, necessities, and luxuries.

Joe: Yeah, great point. Now here we have a quick example, is that alright, well let’s say housing. So, that could be your mortgage, taxes, utilities, maybe you’re currently spending thirty thousand dollars a year on that. Then you look at the necessities. Well we have to eat, you know we have to travel, we still need to get around, we have insurance payments and things of that nature, maybe you’re spending thirty thousand dollars there. And then we’ll call this last luxuries, so that could be your travel, spoiling the grandkids, doing different things that you probably wouldn’t do in your day to day lives. And so maybe the goal is to spend thirty thousand or maybe you’re currently spending 30 there but now that’s your current spending. If you look at retirement, well that could completely change. Because my mortgage payment might be still 30 thousand dollars or this could actually be a lot less because you paid off your mortgage and then you look at this number here with your insurances. Well maybe you’re retired early so this number could go up or it could go down depending on your specific situation. But in this example, we’re assuming the housing stayed the same and maybe, right. I’m not traveling to work, I don’t have to buy suits anymore, right. I can just hang out in my pajamas. Whatever your fancy is. But I want to travel a lot more, I want to play more golf, I want to do different things. Well, maybe this luxury goes up. So, if my goal is to spend let’s say one hundred thousand dollars in retirement that’s your starting point. That’s kind of where you have to start talking to your spouse, looking at things. What does this picture going to look like for me in retirement? 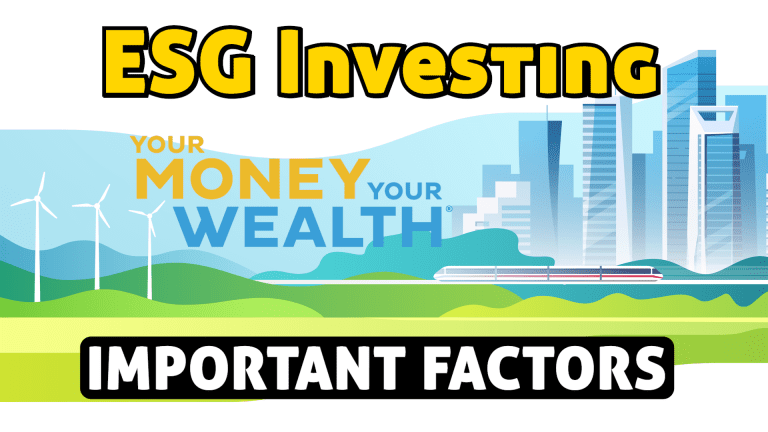 ESG Investing: Which Factors are Most Important to Investors?

Which Factors are Most Important to ESG Investors? 17% – Rate of Return 16% – Social Impact 16% – Goals of the Company 13% – Environmental Impact 13% – Past Performance Watch the full episode, Portfolio With a Purpose: The Megatrend of Conscientious Investing   Make sure to subscribe to our channel for more helpful... 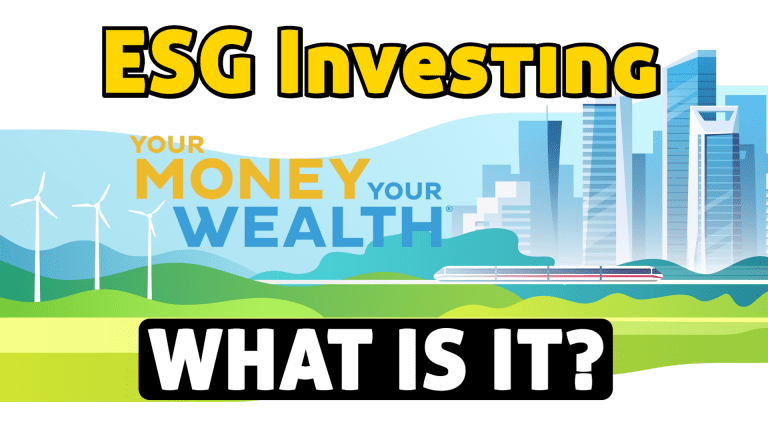 Clean Tech – Sustainable Materials– Carbon Capture! Large financial returns aren’t the only thing that many investors are looking for when they put money into the market. Some want to encourage bigger investment in the environment and companies that have a positive impact socially. Today the most universally accepted approach is called ESG Investing which... 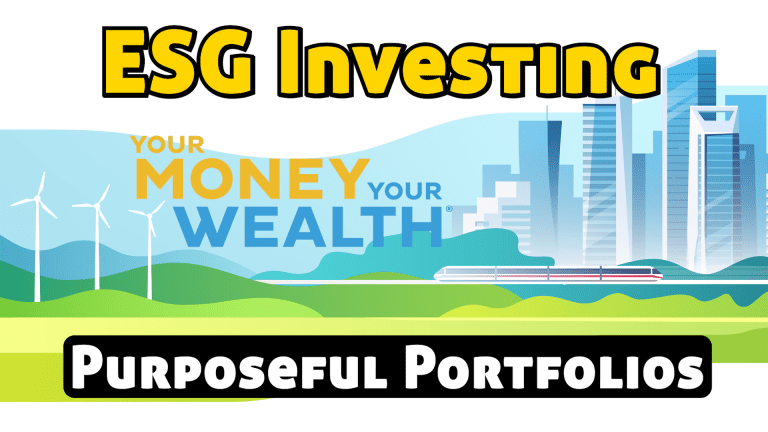 It’s being called a Megatrend – investors wanting to back up their concerns for the environment and social issues with their pocketbooks. It is sometimes called Green or Sustainability Investing using ESG or impact Funds. Is this megatrend part of a sound financial plan or a fad? Watch the full episode, Portfolio With a Purpose:... 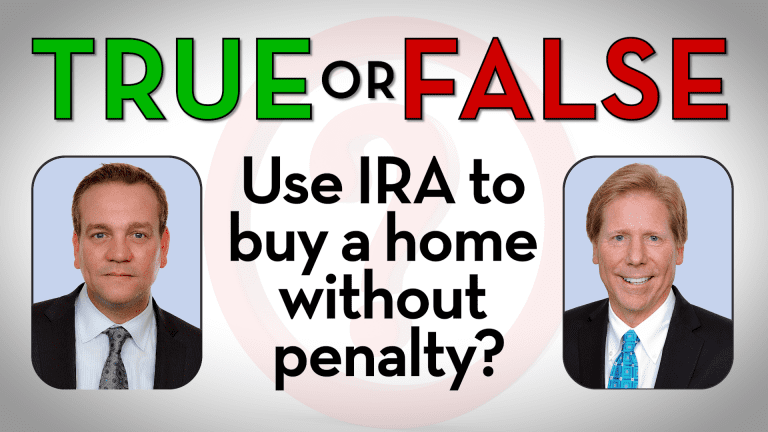 True or False: Use an IRA to Buy a Home Without Penalty?

As a first-time homebuyer, I can use up to $10,000 from my IRA to buy a home without incurring an early withdrawal penalty. True or false? Watch the full episode, Cracking the Code – Succeeding Financially at Every Age Download the companion guide:   Make sure to subscribe to our channel for more helpful tips...