The Tax Cuts and Jobs Act of 2017 Explained

Matt Horsley has been serving individuals and families to meet their retirement, estate, investment and tax planning needs since 1993. Matt currently serves as an Investment Advisor Representative with Pure Financial Advisors, Inc. where he works directly with clients to help them realize their specific financial objectives. Prior to joining Pure Financial Advisors, Matt served [...] 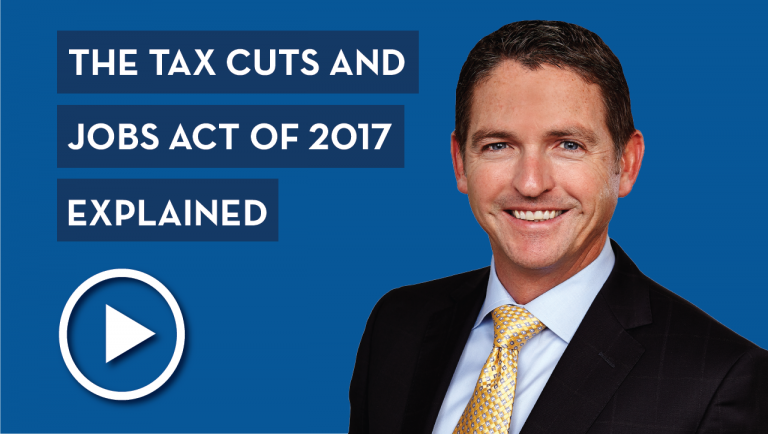 President Trump’s tax reform, the Tax Cuts and Jobs Act of 2017, is some of the most sweeping tax legislation that we’ve seen since the Tax Reform Act of 1986 under Ronald Reagan. This new tax reform is effective for tax year 2018 and beyond, and as of this recording, the changes are scheduled to sunset in 2025.

In this video, Matt Horsley, CFP® from Pure Financial Advisors gives a brief overview of how these tax cuts affect you.

So, today we’re going go over some of the most sweeping tax legislation that we’ve seen since the Tax Reform Act of 1986 under Ronald Reagan. This is called the Tax Cuts and Jobs Act, which was enacted in December of 2017.

So, my job, one of these few minutes is to talk about this legislation which is so sweeping that we could probably talk about for half an hour. However, we have about 3 or 4 minutes. Let’s get to it.

Also of note, and we’ve heard a lot of this is that for corporations, there top marginal rate has gone from a top bracket of 35% down to 21%. Think about that difference. The whole idea here under this legislation is that companies will have more profits in their pockets, more money to spend to hire more workers and invest in R&D, and the like. The effects of this remains to be seen and will be talked about for I’m sure decades moving forward. Now, when it comes down to itemized deductions, exemptions, standard deductions, things like that, you’ve all heard about. What’s happened now is a couple of things, the idea has been meant to simplify the tax code.

So what’s happened with regard to exemptions is the personal exemptions that we have had in the past of $4,000 a person, that’s gone. But what they have done is they’ve doubled the standard deduction to $12,000 per person, or $24,000 for a married couple, $18,000 for head of household. So, for many individuals who used to itemize their deductions, they may not get over those threshold of 12 or $24,000. They much… they may just be taking the standard deduction, not itemizing any more.

A couple other issues, with regard to itemized deductions, these are near Schedule A of your tax return. So, what’s called the State and Local Tax Deduction, or SALT deduction, has now been limited. What it used to be was that if you had deductions for state property taxes, state income taxes paid, miscellaneous deductions that you’ve paid in for your car and things like that. Whatever that total amount was, if it $50,000, you could take that on your Schedule A itemized deduction. Now, that figure is limited to $10,000 per taxpayer. So, that’s going to limit substantially the number of people that likely will be able to do itemize their deductions moving forward.

Now with regard to home mortgage interest deduction, the prior law said that if you had a mortgage balance of a million dollars, you can deduct fully the interest charge on that million dollar number. Now that figure has been brought down to $750,000. So, now the aggregate amount of interest you can deduct or principal is 750. Now, if you have a second home or second property that also is eligible for deduction, but the aggregate amount between those two cannot exceed 750 between your first and second home.

Finally, your home equity line of credit that you had, used to be able to deduct that interest, you can no longer deduct that interest under the Tax Cuts Jobs Act. Next, with regard to the estate tax, so under prior legislation individuals could leave $5.5 million of their estates tax-free to their beneficiaries of $11 million if they’re married. That amount now doubles on the Tax Cuts and Jobs Act to $11 million per person. $22 million if you’re married. Those of you that own small businesses or are sole proprietors, it used to be under prior tax legislation all that income would flow directly through to the front page of your tax return as ordinary income. Under the new legislation you can deduct, it’s called a qualified business income of the 20% of your QBI gets deducted. So it’s going to be a huge tax break for small business owners.

Finally, with regard to Roth conversion. This is a major new piece of legislation under the new tax law. Any amount you convert from your IRA to a Roth IRA can no longer be re-characterized. Under prior legislation, if you converted amounts in 2016, you had up until your tax filing deadline for 2016 to re-characterize, that would be April or October of the following year. So any amounts you converted you could re-characterize. Now under current tax law, whatever amount you convert in 2018, they’re stuck. You can no longer go back. So just be very very careful, especially if you have adjustable income that you might want to wait until the end of the year of 2018 or whatever year you’re converting to make sure you’re not over converting into brackets that you don’t want to be in because any amount you convert they are stuck there permanently.

For more information on the Tax Cuts and Jobs Act of 2017 go to PureFinancial.com. 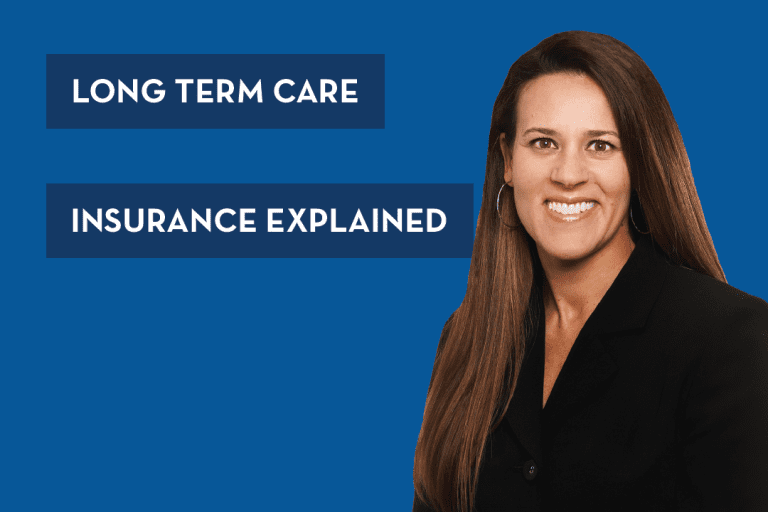 What is Long Term Care Insurance? 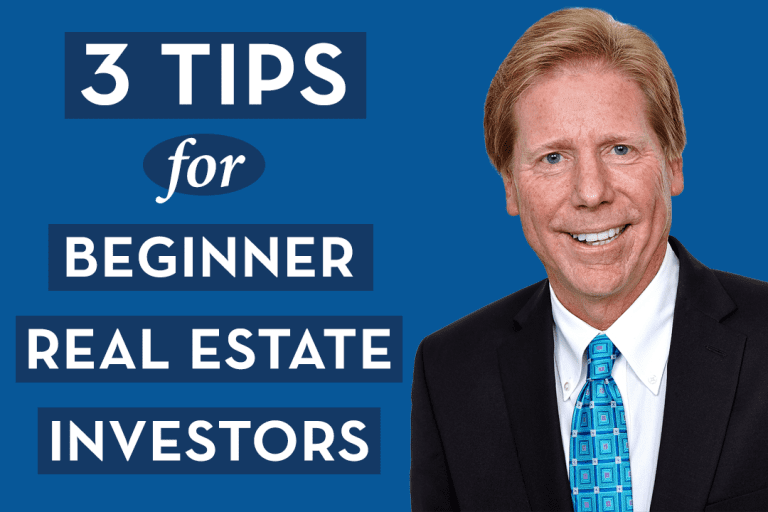 How Do You Start Investing in Real Estate?

If you’re thinking you might like to purchase your first rental property, “Big Al” Clopine, CPA of Your Money, Your Wealth® and Pure Financial Advisors offers three tips that all aspiring real estate investors should consider before buying any rental properties. Transcription: “Today I’m going... 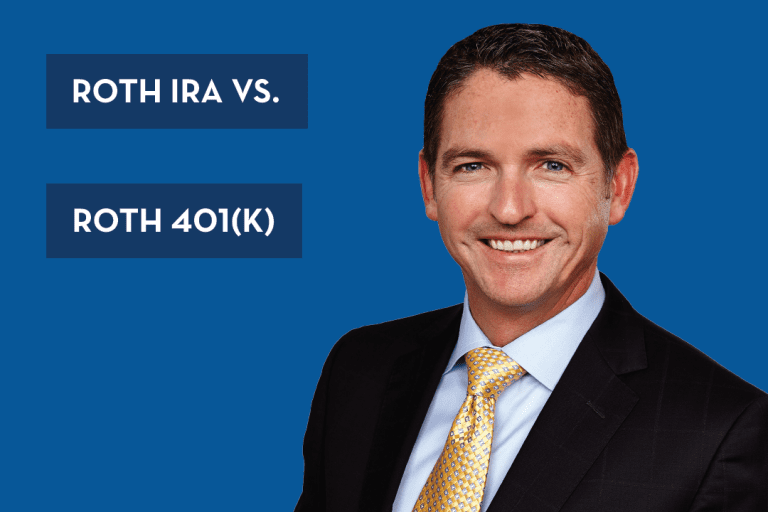 Roth IRA vs. Roth 401(k): What Are the Retirement Differences?

The Roth IRA and a Roth 401(k) both provide tax-free portfolio growth for life, but what are the differences between these two retirement savings accounts? In this video, Senior Financial Planner Matt Horsley, CFP® outlines how Roth plans differ from pre-tax accounts, how each fits... 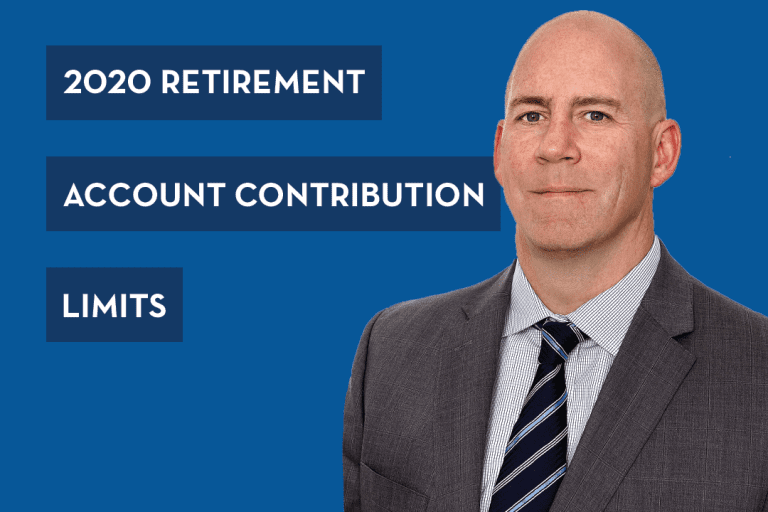