Should I Invest in Marijuana Stocks?

Brian has been actively involved in the financial markets for more than 20 years and has worked as a portfolio manager, strategist, and trader. At Pure Financial Advisors, Brian uses his extensive investment background and focus on behavioral finance to help clients navigate turbulent markets and stay on course towards their financial goals. Prior to [...]

You’ve probably seen those ads that say, “buy this marijuana stock, it’s like getting in on Amazon early.” Is it really a good time to invest in cannabis? In this video, Brian Perry, CFP®, CFA outlines some things to consider before putting pot stocks in your investment portfolio.

Welcome to the topic of the day, “should I buy marijuana stocks?” And before I give you my answer, notice that I did, in honor of this video, wear my green tie. However, that doesn’t mean that you should run out and buy marijuana stocks because the truth is it’s far more nuanced and in general you shouldn’t be concentrating a large percentage of your wealth in that industry. There’s a host of reasons why.

So although there are some states where you can legally purchase and use recreational marijuana, at the federal level, still not legal. And so if you’re gonna consider buying marijuana stocks, just keep in mind that there is a tremendous amount of regulatory risk and legal risk involved. Nobody knows what is ultimately going to happen with regulation and legality of marijuana. It seems certainly like things are moving in the direction of making it legal. But who knows if the political climate changes, the environment in which marijuana stocks operate could certainly change.

Many custodians – so the firms where you actually buy and sell stocks, where you hold your money – won’t even hold them at this point. That may change in the future, but at this point, you need to make sure that where you have your brokerage account you’re able to buy marijuana stocks.

You hear things like The Motley Fool saying, “buy this marijuana stock” or “buy that marijuana stock. It’s like getting in on Amazon early.” And maybe it is. But here’s the thing: Marijuana as an industry could thrive, but any individual stock may not. And I’m reminded here of several things: the auto industry. There have been 3,000 automakers in the U.S. since the industry’s inception. But most automakers didn’t thrive. So even if you identified the auto industry back in the 1920s as the industry of the future, you still would have had to figure out which of the 3,000 auto companies was going to be among the three or four that survived – very, very difficult to do. Social media: you’ve probably been on Facebook today. Have you been on MySpace today? I doubt it. Just because an industry becomes popular or becomes ubiquitous it doesn’t mean that every company thrives, and oftentimes, the earliest adapters aren’t the winners.

So if you’re going to invest in marijuana stocks, first of all, you have to decide, do you believe in the future of the industry. Right? And that involves an honest assessment, not just of whether or not you like the industry, but what is the true regulatory and legal framework that it operates in? Second of all, among all the dozens or hundreds or thousands of marijuana stocks both today and in the future, which are going to be the handful of winners? Because most industries, as you know, are dominated by a handful of players. So how to identify those? And third of all keep in mind, this is a very, very small sector, right? You’re talking about very small companies, in some cases what we would call microcap. So among the smallest publicly traded companies out there.

So if you are going to buy marijuana stocks, you have to keep in mind how you position it within a portfolio. Here at Pure, we’re not big believers in trying to identify one particular sector and invest in it because things are often cyclical. Sectors come in and out of favor and usually when the news is best or the forward prognosis the best for an industry is when it tends to do the worst – which makes it tough to time out. But even if you are bullish on an industry and you do decide to take a sector bet i.e. with marijuana stocks, it’s important to size it appropriately. It certainly shouldn’t be the dominant portion or the majority of your portfolio, and in fact, should be a very small sleeve. I don’t know – 1%, 2% of your portfolio? And it should certainly be in the riskier portion of your portfolio.

So if you have your safe assets, maybe your cash, maybe your high-quality bonds, and then you have your growth assets on top of that – your diversified stock portfolio, both global international, right? Plus the U.S. – a global portfolio. And then if you have a risk capital, where maybe you do a little more active trading or something like that. That would be the sleeve where you would own marijuana stocks, but should only be a very small portion if any in your portfolio.

But in general, the basis of your creation of wealth is probably going to come back to the fundamentals: broadly diversified global portfolios using low cost institutional or index funds. For more on this or any other topic visit us at PureFinancial.com. 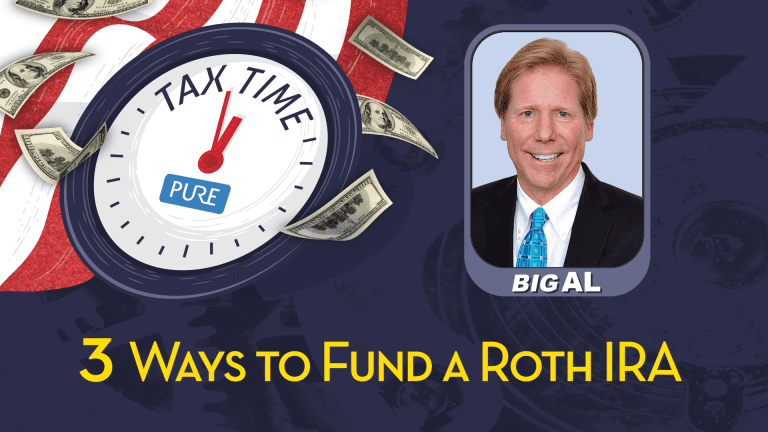 Alan Clopine, CEO & CFO of Pure Financial Advisors breaks down the complexity of taxes in bite-size chunks on Tax Time. In this segment Big Al explains the three different ways to fund a Roth IRA. Subscribe to our YouTube channel. IMPORTANT DISCLOSURES: • Investment Advisory and Financial Planning Services are offered through Pure Financial... 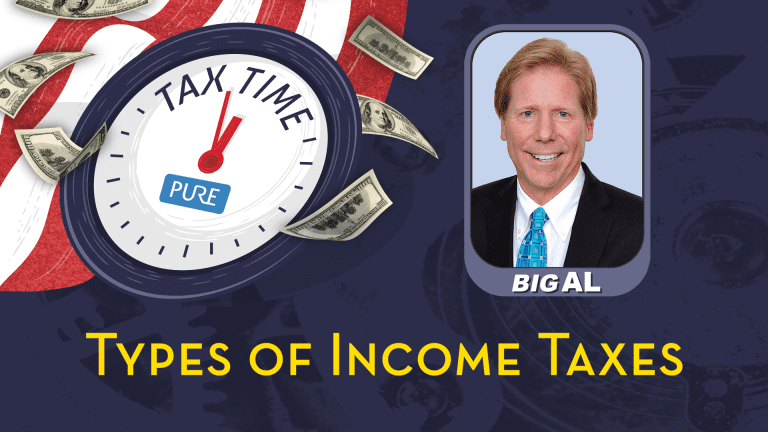 Alan Clopine, CEO & CFO of Pure Financial Advisors breaks down the complexity of taxes in bite-size chunks on Tax Time. In this segment Big Al explains the different types of income taxes. Subscribe to our YouTube channel. IMPORTANT DISCLOSURES: • Investment Advisory and Financial Planning Services are offered through Pure Financial Advisors, Inc. A... 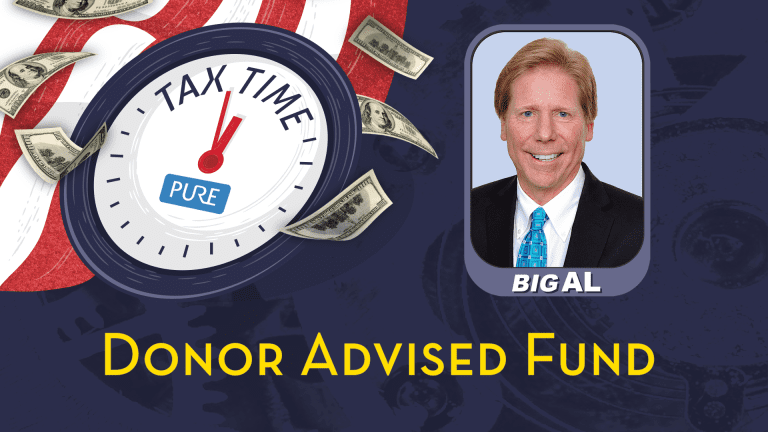 Alan Clopine, CEO & CFO of Pure Financial Advisors breaks down the complexity of taxes in bite-size chunks on Tax Time. In this segment Big Al explains how a donor advised fund could save you more in taxes than a normal charitable contribution. Subscribe to our YouTube channel. IMPORTANT DISCLOSURES: • Investment Advisory and Financial... 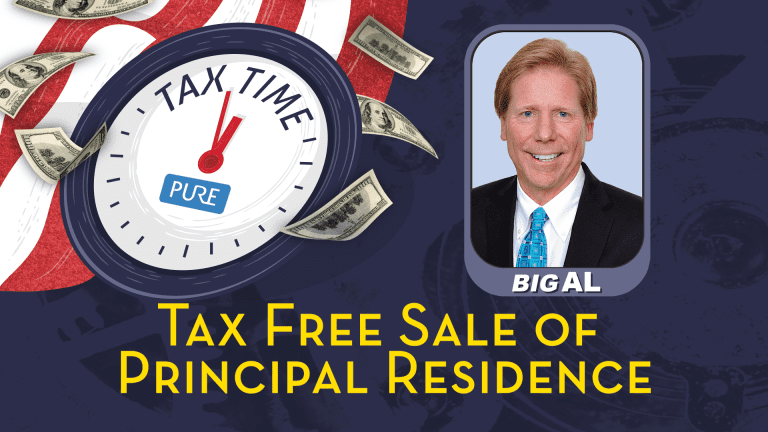 Alan Clopine, CEO & CFO of Pure Financial Advisors breaks down the complexity of taxes in bite-size chunks on Tax Time. In this segment Big Al explains how to qualify for a tax-free sale of your principal residence. Subscribe to our YouTube channel. IMPORTANT DISCLOSURES: • Investment Advisory and Financial Planning Services are offered through...