What is a Stock?

Matt Horsley has been serving individuals and families to meet their retirement, estate, investment and tax planning needs since 1993. Matt currently serves as an Investment Advisor Representative with Pure Financial Advisors, Inc. where he works directly with clients to help them realize their specific financial objectives. Prior to joining Pure Financial Advisors, Matt served [...]

In this Question of the Week, Matt Horsley explains what a stock is and how it is issued and traded.

I’m Matt Horsley, CERTIFIED FINANCIAL PLANNER™ with Pure Financial Advisors, and this is your Question of the Week.

The question is: what is a stock and how does a stock work? Let’s first go back to how companies raise capital. They can raise capital one of two ways: they can either issue bonds, which is essentially taking loans out from individual investors, or they can issue stock. And essentially by issuing stock what a company is doing is they’re giving up ownership, an ownership stake in their firm, in exchange for investors sharing the future profitability of that firm.

So if you think about it this way, let’s say I was a small corporation just a startup firm, maybe I’ve started up a restaurant, and I wanted to raise money via issuing stock. So let’s say if I wanted to raise a half a million dollars to build my restaurant, I may have to give up 30, 40, 50% of my ownership stake in the firm for someone to invest that money with me because it’s such a risky venture.

Now, let’s take a company like Microsoft or Caterpillar, or Coca-Cola, if they wanted to raise a half a million dollars for investors, they would have to give up a very very small ownership percentage in that firm because they have such a long history of profitability, and, the expectations of large future growth and profitability in the future as well.

So once a stock is initially issued, then it’s traded on public exchanges. And then, the stock during the course of a trading day quite frankly, is worth whatever investors are willing to pay for it. It’s all supply and demand that dictates the price of a stock, once it’s initially offered to the public. That’s how a stock works.

I’m Matt Horsley, that’s your Question of the Week. 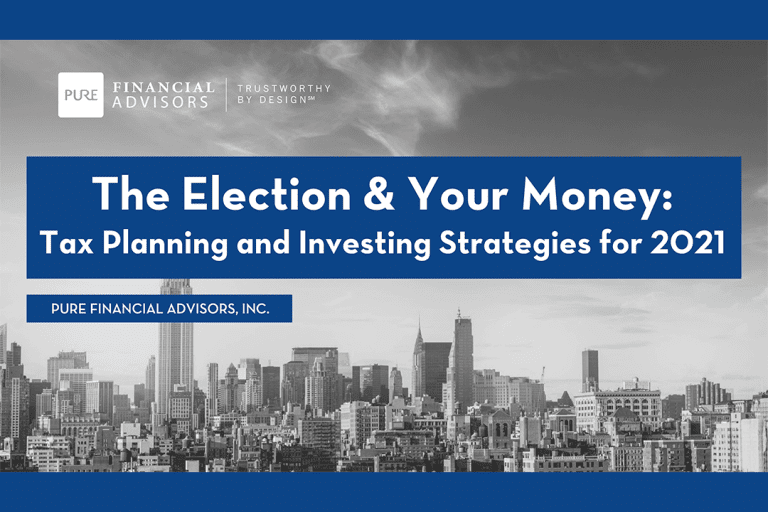 The Election & Your Money: Tax Planning and Investing Strategies for 2021

The presidential election took place on November 3, 2020. What does this mean for your investment portfolio, and what 2021 tax planning strategies should you implement now? In this financial market update webinar, Pure Financial Advisors’ Executive Vice President and Director of Research, Brian Perry,... 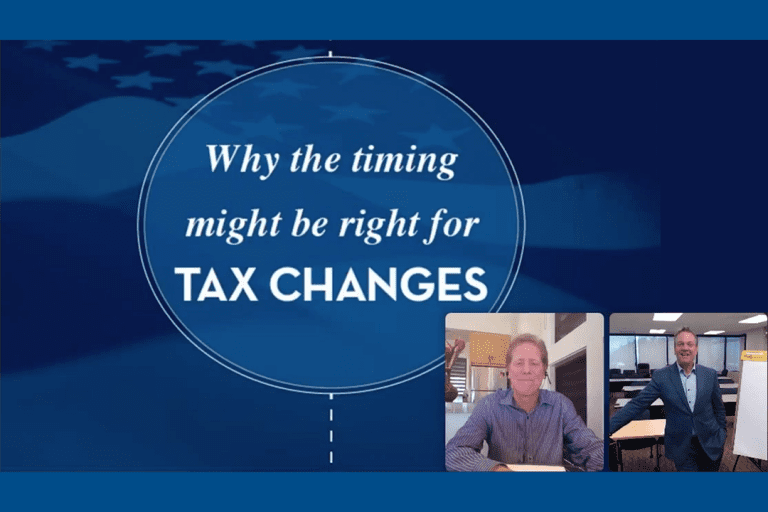 Learn why the timing might be right for tax changes in this webinar from Your Money, Your Wealth® hosts Joe Anderson, CFP®, President of Pure Financial Advisors, and Big Al Clopine, CPA, Pure Financial’s CEO and CFO, moderated by YMYW podcast and radio producer Andi... 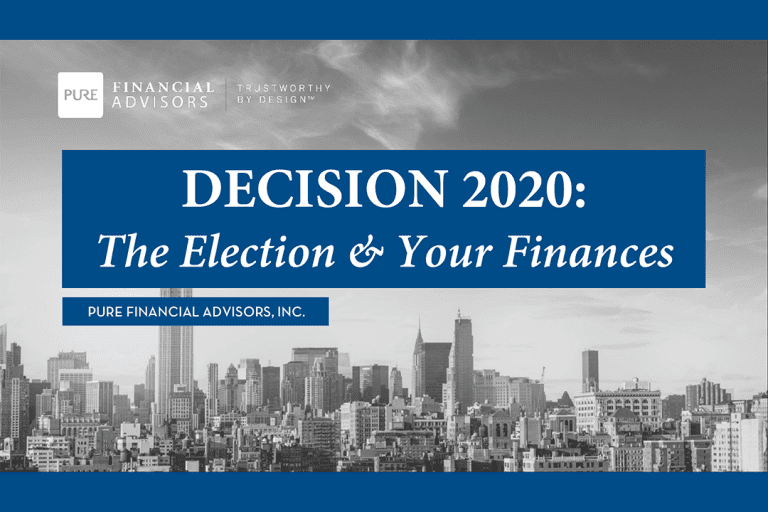 Decision 2020: The Election and Your Finances | Market Update Webinar

Joe Biden or Donald Trump: who will win the election in November 2020? Do elections matter to the stock market? Does it matter whether the president or Congress are Democrat or Republican? If Joe Biden is elected, how might his plans to raise taxes impact... 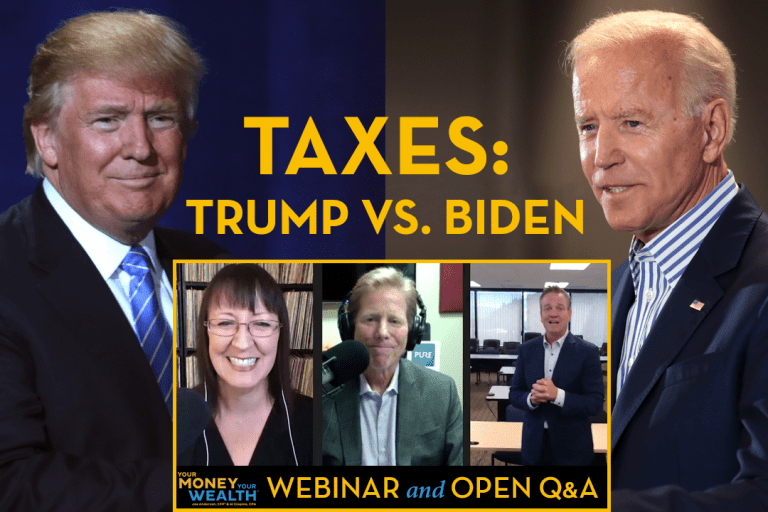 What Might Biden or Trump Mean for Your Taxes? Your Money, Your Wealth® Tax Law Update Webinar and Q&A

What might a Joe Biden presidency mean for your taxes? Learn about Biden’s proposed changes to the current tax laws, and how the provisions from Donald Trump’s CARES Act Coronavirus stimulus package and the SECURE Act affect your taxes and retirement planning. On August 26,...