What are the Deductions on my Paycheck?

Jack is a graduate of San Diego State University with a Master’s Degree concentrating in Personal Financial and Tax Planning. Jack has been named as one of San Diego’s Five Star Wealth Managers 9 times through 2010-2021*. His personal business experience has enabled him to assist executives and individuals with comprehensive financial planning that “makes [...]

Do you know where that big chunk of your paycheck is actually going to? Jack Dugan, CFP® explains in detail what the tax deductions on your paycheck mean by covering these four taxes:

“Hi, I’m Jack Dugan, CERTIFIED FINANCIAL PLANNER™ and Senior Investment Advisor for Pure Financial Advisors, and welcome to Question of the Week. The question this week is: Can you explain to me the deductions that are on my paycheck? It’s kind of interesting because when you see your paycheck there’s that big number on the top of the paycheck and then by the time you get down to what you actually get to put in the bank, it’s a lot smaller. Let’s see what happens to that paycheck.

It starts off with one of the first things which is known as the FICA tax. That’s a Federal Insurance Contribution Act. This was an act they passed to fund Social Security. There’s nothing you can do about that tax. That’s going to stay with you all the way up until you make $118,500. Once you reach that level, then that tax is no longer taken out of your paycheck. So sometimes if you have a high wage earner and they get over that amount they wonder why their pay went up–it’s because of the fact that you no longer have to pay the FICA tax.

The second tax that you’re responsible for is the Medicare tax. That’s a 1.45% of your gross pay. That happens no matter how much money you make–you’ll always have to pay that Medicare tax.

Another tax that we’re familiar with is the Federal Withholding. This tax is based on how you completed your W4 Form that you submitted to your employer. If you think back, you put down that either you were single or married and how many dependents you have. That’s how the payroll calculates how much tax is going to be withheld. If someone says ‘I love getting that big bonus check at the end of the year’ because they’ve withheld too much money and they get a check back come April 15th, well they’re [the IRS] taking too much money out of your paycheck. If you wanted to reduce that, what you would do is you would increase your deductions. Instead of being married (0), maybe you’d go to married to 2. That’s a way you can kind of manipulate that. Don’t get caught up about not having enough money come out, because then at the end of the year, you’re going to have to make a payment to the IRS.

The fourth tax that comes out is the state tax. Depending on what state you live in, it’s the same thing. It’s estimated on what your exemptions are and what your filing status is. So if you want to have more money taken out of your paycheck, reduce the amount of exemptions that you have. If you want to have less money taken out of your paycheck, increase your exemptions. So there’s a couple of ways you can manipulate your take-home pay, but remember that the bottom line is you’re going to have to pay the tax or get money back at the end of the year. There are also multiple voluntary deductions that we have–hopefully you’re contributing to your company’s 401(k); that’s a deduction, there may be healthcare contributions that you’re making, but all those things go into understanding what your overall net pay is and how it’s derived.

I’m Jack Dugan, and I hope you enjoyed this Question of the Week.” 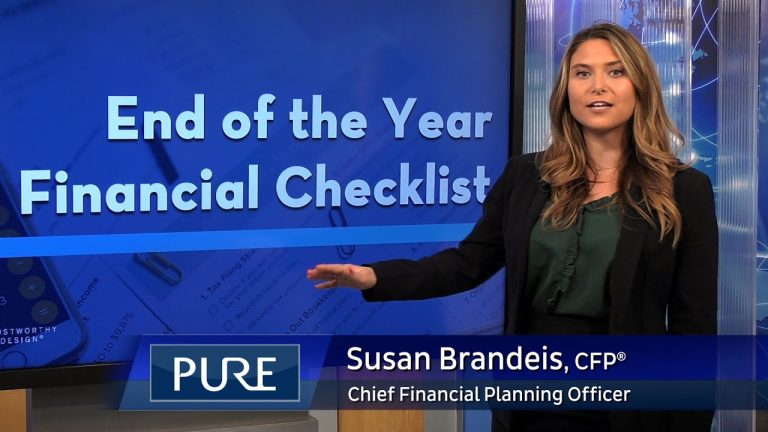 End of the Year Financial Checklist

Tax planning is most important before the year-end while you have the ability to control into which tax bracket you fall, deductions to take, and retirement contributions to fund. Pure Financial Advisors’ Chief Financial Planning Officer walks you through an important checklist to make sure you’re one step ahead of the taxman. DOWNLOAD | 2021... 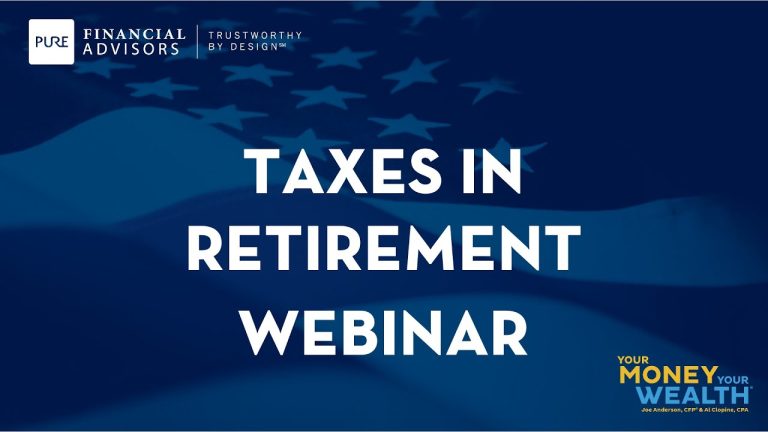 There are a number of major tax law changes being hammered out in Congress right now. How will new tax reform impact how much you pay in tax and your retirement planning? In this webinar, Your Money, Your Wealth® hosts Joe Anderson, CFP®, President of Pure Financial Advisors, and Big Al Clopine, CPA, Pure Financial’s... 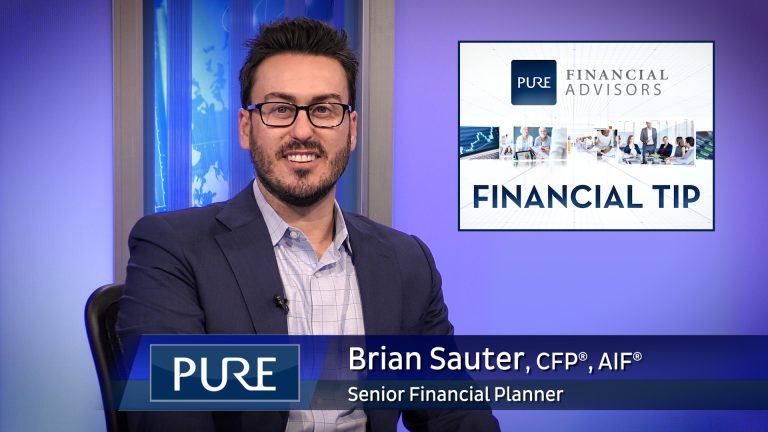 As the owner of a business, you have at least four retirement plan options: the SEP IRA, the SIMPLE IRA, the defined benefit plan, and the 401(k). Senior Financial Planner Brian Sauter CFP®, AIF® from Pure Financial Advisors explains these options and the contribution limits and deadlines for each type of plan. READ | Small... 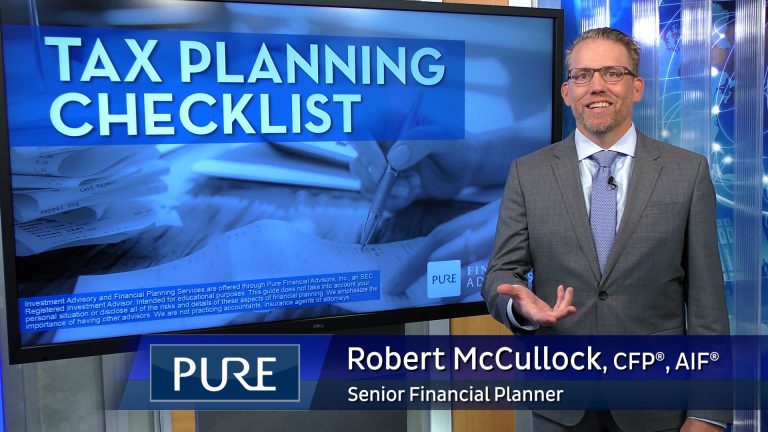 Tax planning is most important before the year-end while you have the ability to control into which tax bracket you fall, deductions to take, and retirement contributions to fund. Senior Financial Planner Robert McCullock CFP®, AIF® from Pure Financial Advisors walks you through an important checklist to make sure you’re one step ahead of the...