What is a Fixed Index Annuity?

Senior Financial Planner Matt Balderston, CFP® from Pure Financial Advisors explains what fixed indexed annuities are, how they differ from other annuities, and things to look out for when putting non-qualified money into an annuity. 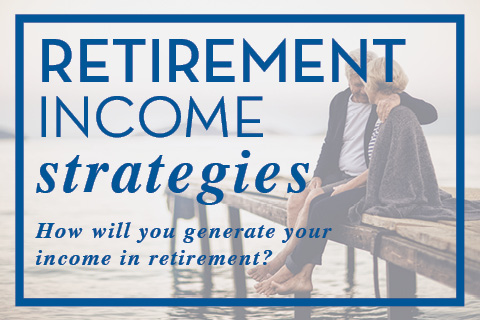 When you put your money into a fixed indexed annuity, what you’re doing is you’re giving your money to an insurance company for the promise that they’ll protect that principal, that they’ll try to get you some amount of growth, and then in the future you can turn it into an income stream if you want.

The promise for asset protection is based primarily on you being willing to leave the money in for a certain period of time. If you take the money out, there are surrender charges and those surrender charges are usually applied to pay the insurance company back for the commission they pay the salesperson. So recognize that you are spending something on this, even though they’re promising to give your money back eventually.

So then what’s the word “index” all about? That has to do with what they tie your money to to give you a rate of return. So they’ll tie it to the S&P 500, the Dow Jones Industrial Average, one of many other potential indexes – but you’re not exactly invested in that index. The index is a factor that they use, and they apply participation rate, caps, floors, other types of formulas to say how much of that index return you’re going to get over time, or in any given year, or even over a given month.

The reason the word “fixed” is in these products is because ultimately, even though you’re being tied to a stock index, they’re designed to give you somewhere between 3 and 5 percent or whatever traditional fixed annuities are paying at the given time. So even though you think you’re going to be getting the upside of the stock market, that’s a bit misleading. They really aren’t designed that way. As a matter of fact, all the different options they give you are designed to pay you approximately the same percentage, because otherwise why would an annuity company give you options to get “3, 4, or 5 percent – which one do you want?” Obviously everybody would choose the five. So when they give you these other options of what index to participate in, they’ve already figured out that they’ll all give you about the same over time.

So then you’re given the opportunity to get a periodic payment if you ever decide to annuitize the contract, which means turn it into a series of periodic payments. And that is often based on a factor that is based on your original investment plus bonuses, and sometimes even interest boosts, none of which apply to your actual dollars – just the factor that determines how fast you can access your underlying dollars. When you start taking the money out it actually reduces your assets but not that actual factor. When you pass away, your heirs get what’s left of the underlying number, not that factor. Some annuity companies have started giving heirs the factor amount, but only if they take it over five or more years.

And so finally, just one extra word of caution when it comes to annuities. Try to avoid putting non-qualified assets into an annuity. Non-qualified assets are assets that aren’t in IRAs, retirement accounts, something like that. The problem with annuities is that once you put money, non-qualified money in, that’s money that could be earning capital gains growth but it turns it into ordinary income so it’s taxed more. If you want to get the money out, you have to take the growth out first, so you pay maximum tax when you access it. And then when you die, it does not get a step-up in basis for your heirs – which as far as I’m aware it’s the only investment that does not give you that tax benefit. So those are reasons to avoid it from a non-qualified standpoint if you can help it. 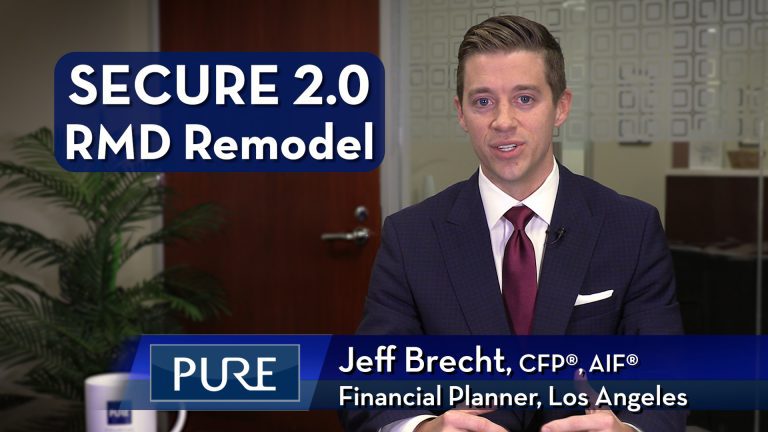 It’s crucial to know how the new RMD rules will impact you to properly plan your finances in the future. Jeff Brecht, CFP®, AIF®, Pure Financial Planner, Los Angeles branch, points out the new RMD changes with the passing of the SECURE 2.0. FREE GUIDE | The SECURE Act 2.0 Guide Transcript For retirees or... 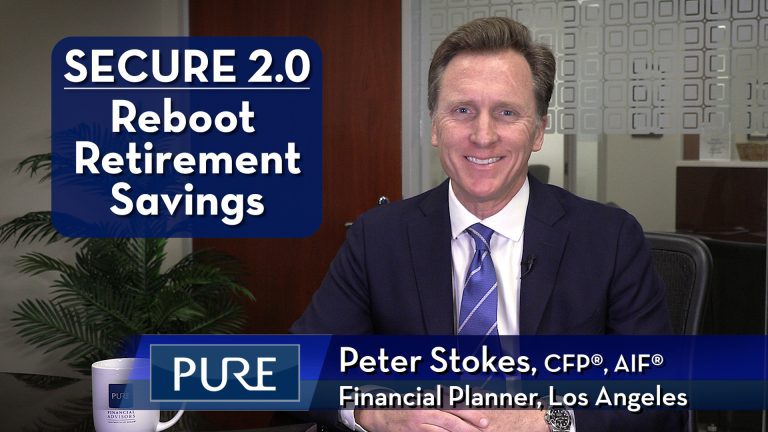 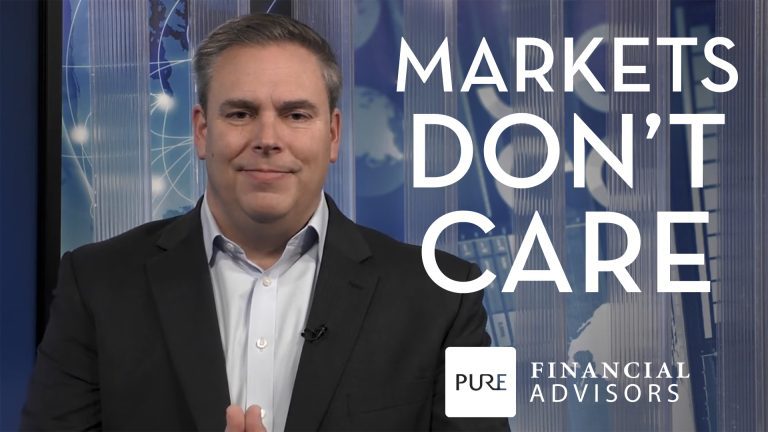 How is inflation like Star Wars, and can the Fed tame it? What happened in the financial markets in 2022 and why do they perform better when people feel bad? Is the classic “60/40” stocks/bonds asset allocation model broken? Pure Financial Advisors’ Executive Vice President and Chief Investment Officer Brian Perry, CFP®, CFA charter, AIF®... The new year creates an opportunity for a fresh start and to build healthy financial habits to improve your likelihood of financial success. Pure’s Financial Planner, William Hodapp, CFP®, CPA, AIF®, covers the basics to help you achieve your financial goals. Prepare a net worth and cash flow statement Make a budget Pay yourself first...