We would like to congratulate Joseph D. Anderson on being named to the 2019 Forbes Best-In-State Wealth Advisors list. Joe was ranked #11 out of 55 advisors on the list in Southern California. 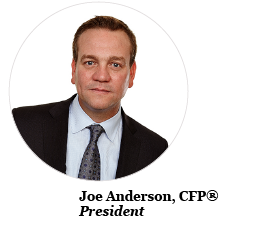 As President of Pure Financial Advisors, Joe Anderson has led the company to achieve over $2 billion in assets under management and has grown our client base to over 2,160 in just ten years of the firm opening. Joe is also the co-host of Your Money, Your Wealth®, a financial talk radio show, podcast, and television broadcast. 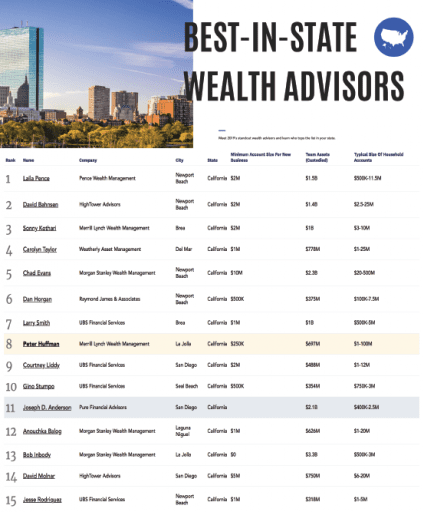 2019’s Best-In-State Wealth Advisors list spotlights over 3,000 top-performing advisors across the country who were nominated by their firms—and then researched, interviewed and assigned a ranking within their respective states.

Each advisor—determined by SHOOK Research—is based on an algorithm of qualitative and quantitative criteria, including: 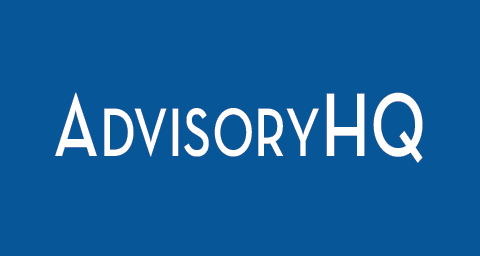 This list recognizes young leaders, change-makers, and innovators who are creating impact and leaving a positive mark on the San Diego community. Those nominated will be judged by an independent panel and awards will be announced during the event. View Complete Finalist List About Susan: ... 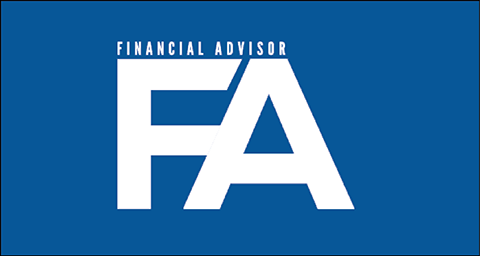