Brian has been actively involved in the financial markets for more than 20 years and has worked as a portfolio manager, strategist, and trader. At Pure Financial Advisors, Brian uses his extensive investment background and focus on behavioral finance to help clients navigate turbulent markets and stay on course towards their financial goals. Prior to [...]

Lately, there has been quite a bit of noise around cryptocurrencies. Is there an impending bubble? What’s going on with China and Russia? What about individual investors, should they invest in cryptocurrency? Before we get into the nitty-gritty of electronic monetization, let’s break down the basics of what exactly cryptocurrency is.

A digital or virtual currency that uses cryptography for security. A cryptocurrency is difficult to counterfeit because of this security feature. A defining feature of a cryptocurrency, and arguably its most endearing allure is its organic nature; it is not issued by any central authority, rendering it theoretically immune to government interference or manipulation.1

Ever heard of Bitcoin? Bitcoin was the first popular type of cryptocurrency and by far has the most name recognition, but we will discuss this in more detail later. Now that we know what a cryptocurrency is, let’s dive a bit deeper and answer the questions that are really on your mind.

Question: Are cryptocurrencies actually a “currency”?

Answer: It depends on who you ask, but in the U.S. the IRS has ruled that virtual currency does not have legal tender status in any jurisdiction. For tax purposes, the IRS treats virtual currency as property.2

Also, keep in mind that one of the functions of a currency is to serve as a store of value so that the currency can be exchanged for goods or services now or in the future. Given the volatility of cryptocurrencies, at this point, it would be difficult to predict just what sort of purchasing power they may or may not have in the future.

Note: this is particularly ironic, given that one of the reasons for the creation of cryptocurrencies is a concern around the future purchasing power of traditional currencies.

Question: Are cryptocurrencies an investment?

Answer: I don’t believe so. The way to value an investment is by analyzing future cash flows and then assigning a value to those cash flows. Therefore, anything that doesn’t produce cash flows, like cryptocurrencies or comic books, must be “valued” based on projections of future price increases, which are inherently speculative in nature. And I firmly believe that there is a vast difference between speculation and investment.

As an aside, if someone is afraid that the world’s currencies are going to be debased, or that inflation or deflation or Armageddon are on the horizon, instead of buying cryptocurrencies maybe they should just buy gold. I’m not recommending anyone rush out to buy gold, because gold, like Bitcoin, is a speculation – not an investment. But at least gold has a 5000-year track record as an object of attraction, and the market for it is 50-times bigger than the value of all the world’s cryptocurrencies3.

Question: Is Bitcoin the only cryptocurrency out there?

Answer: Bitcoin is the most well known, but in fact, as of August 2017 there were over 800 cryptocurrencies, half of which had a market capitalization of under $1,000,0004. For comparison sake, the last several years have witnessed the 7-figure sale of comic books featuring the first appearance of Superman, Batman, and Spiderman5, so why not designate comic books a currency? Over time they’ve collectively:

Now, I’m not seriously proposing that Superman replace the Greenback as a reserve currency, but rather pointing out how absurd that concept would be. I’ll leave you to guess my opinion of swapping dollars, yen, or euros for Bitcoin or Ethereum.

Question: Are cryptocurrencies a bubble?

Answer: One of the defining characteristics of any bubble is that new market participants rush in. And let’s be honest, even the most ardent believer in cryptocurrencies is unlikely to believe that the world needs 800+ of them. They are also unlikely to believe that a “currency” with a total value of a couple hundred thousand dollars can play a meaningful role in a global economy whose aggregate economic output is measured in the tens of billions of dollars each year.

In addition to a proliferation of new market entrants, we’ve also seen wild price swings, rampant media coverage, and a growing FOMO (fear of missing out) on the next big thing, all of which are certainly enough to make any student of economic history at least consider the possibility that we’re seeing the early days of a potential bubble.

Answer: It depends on what your goals are. As with any hot sector, a handful of people will make huge sums of money. Many others will lose everything. If your goal is to speculate, and you think you’re smarter than the rest of the world, then have at it. But if your goal is to build and follow a sustainable long-term financial plan, you probably want to avoid cryptocurrencies like the plague. I mean, even if one or two of them do eventually become established, are your finances or your life really going to be worse off than if you’d sat on the sidelines and played it safe?

Question: Is Bitcoin going to keep increasing in value?

Answer: Back in August, a Goldman Sachs analyst made a market call on Bitcoin, stating in part:

Bitcoin is now “in wave IV of a sequence that started at the late-’10/early-’11 lows. Wave III came close enough to reaching its 2.618 extended target at 3,135. Wave IV has already retraced between 23.6% and 38.2% of the move since Jan. ‘15 to 2,330/ 1,915. It’s worth keeping in mind that fourth waves tend to be messy/complex. This means that it could remain sideways/overlapping for a little while longer. At this point, it’s important to look for either an ABC pattern or a more triangular ABCDE.4”

To be completely honest, I reread that passage four times and I’m still not clear on whether the prediction is for Bitcoin to move up or down!

But then again, I don’t believe in technical analysis, a practice that involves charting and graphing various assets in an attempt to predict future price movements. Technical analysis is somewhat common in short-term trading, which is itself a form of speculation, diametrically opposed to investing. Let me say that again: speculation and investing are completely different, and in helping clients meet their financial goals, I’m of the opinion that speculation is utterly useless and often detrimental to long-term financial success.

The bottom line is that I firmly believe your family’s future is too important to allow speculation to play a role in your finances.

Question: Won’t I get rich investing in a hot new sector?

Answer: Maybe. I mean, it worked for Henry Ford, and the whole automobile thing turned out to be a pretty good idea. So yeah, investing in the car industry in the early 1900s would have been great. The only problem was that there were more than one thousand eight hundred car companies started in the United States alone6, and only a handful survived. In other words, even if you were smart enough to see the future of the automobile industry, you still had to pick the right one, against what turned out to be horrendous odds.

Again, there are already 800+ cryptocurrencies. So even momentarily setting aside the discussion of whether the sector makes sense, you’ll still need to determine which one or two of those 800+ are going to be the “winners.” And just to be clear, the biggest player in an industry’s infancy doesn’t always win out in the long run. Remember Myspace? How about Commodore Computers?

Question: How can I get rich really quick with Bitcoin?

Answer: If you decide to go ahead and strike it rich, I have good news for you. If Bitcoin itself and its almost routine 10% price movements aren’t exciting enough for you, have no fear. Apparently, option trading on Bitcoin is gaining steam, so now you can employ leverage and really ramp up the volatility.

Of course, if you’ve read this far, you can probably guess what my opinion of that is…

Cryptocurrencies are certainly a hot topic these days, but as I said above, at this point I don’t believe they make sense as either investments or currencies. Of course, that’s not to say that the sector won’t evolve down the road and eventually play a meaningful role in the global economy. But in my opinion, and to be clear I’m forecasting here, the long-term role of cryptocurrencies might be as a form of payment. In fact, many large banks are actively investigating how the blockchain that serves as the backbone of cryptocurrencies can be used to facilitate online payments and money transfers. But the jury is still out on this, so stay tuned… 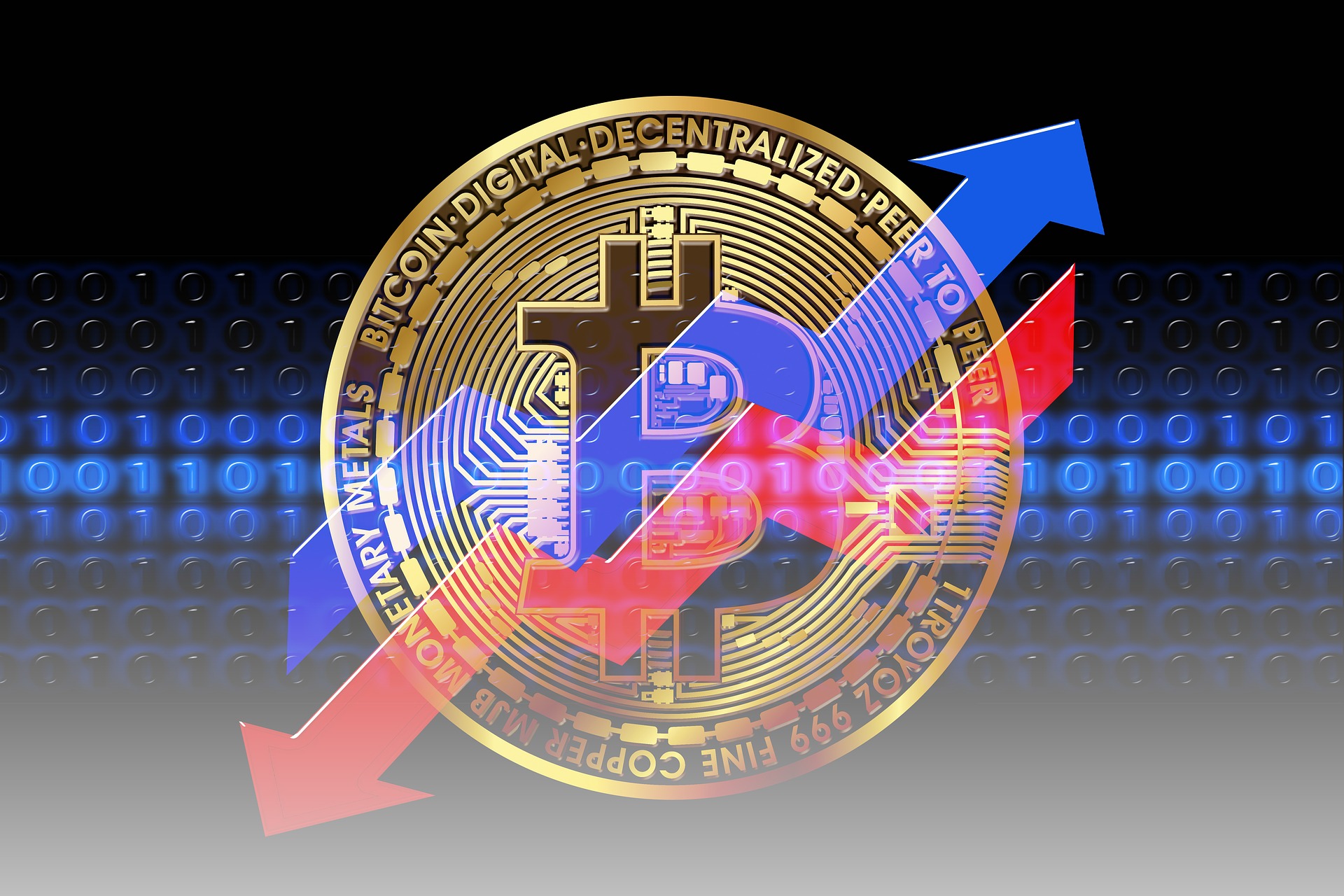 To the individuals and families we serve, Given the spike in market volatility due to the COVID-19 pandemic, this seems like a good time to discuss how Pure Financial Advisors’ investment philosophy has been designed to facilitate efficient implementation for each and every one of...

What the Senate Coronavirus Stimulus Package Means for You

As the COVID-19 situation continues to evolve, and its ramifications reverberate through the economy and financial markets, we want to keep you abreast of the latest developments and Pure’s response to this situation. The Senate just passed a landmark bill, so here we want to...

12 Financial Tips for the New Year