New 2015 tax proposals are on the horizon. Joe and Al start the discussion with a proposed tax reform by senators Rubio and Lee. Later in the hour, the topic shifts to preparing for retirement. It’s a new age of retirement with people living a lot longer and it’s important that people become better prepared to adapt to the new retirement. Protect yourself against longevity and learn what you can do to protect your surviving spouse.

2:00 “Over the next several months what we’re going to probably see a lot more of are tax proposals.”

3:50 “Age 100 – this is one of the fastest growing demographics percentage wise.”

5:00 “All of these assets are in 401(k) plans and they’re all subject or ordinary income. For a married couple taxes are completely different than when you turn single.”

17:15 “$18 trillion in debt. Look at the deficits that we’re running. Some things have got to change and taxes are going to be one of them”

26:38 “The single tax tables are a lot different than the married tax tables because if you’re married there are two of you for the same amount of income so they stretch out the 15%….Now here’s what happens when the first spouse passes, the survivor with generally pretty similar income, maybe they lost a little bit of Social Security but way more than half of the income but now instead of $75,000 of taxable income in the 15% tax bracket it’s actually only about 37,500 to the top of the 15% bracket. So in other words, you hit that next bracket, 25% twice as quickly.”

Listen to the YMYW podcast: 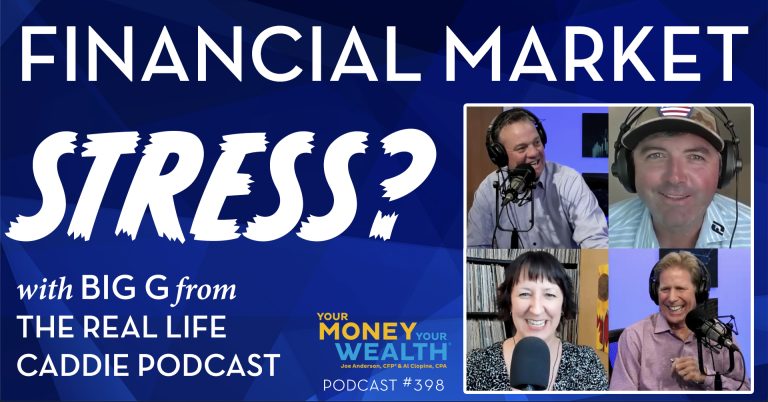 How to Manage Financial Market Stress? With the Help of a Caddie

As the financial markets fall and then surge, Joe and Big Al talk about market timing, reallocating retirement contributions, and portfolio rebalancing. Plus, your questions answered on estimated taxes, Roth conversions, and the logistics of inheriting IRAs and passing assets on. Finally, how is a financial advisor like a golf... 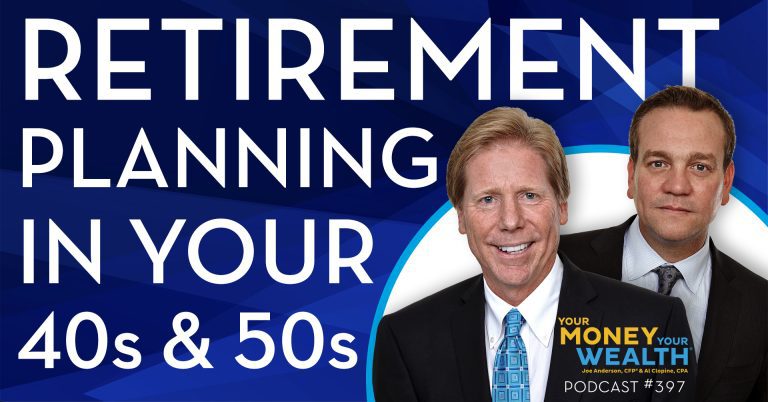 A compilation of some of Joe and Big Al’s retirement plan spitballing specifically for those in their 40s and 50s – a critical time on the path to retirement. Is your financial plan set up so you pay as little tax as possible? Does it take volatile markets and potential... 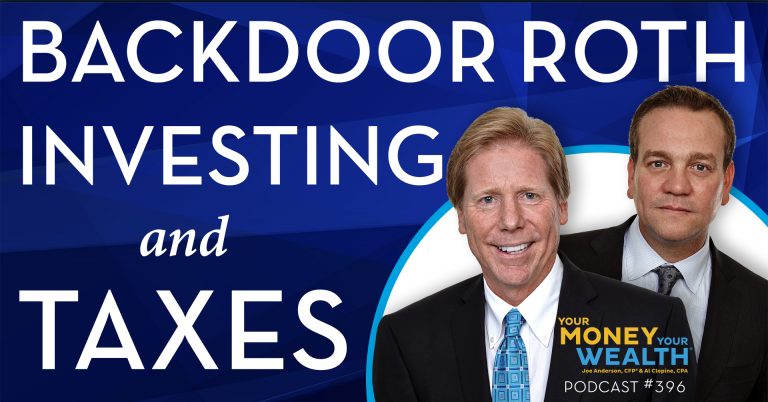 Answers to your questions on, of course, backdoor Roth strategies. Y’know, to get as much lifetime tax-free growth on your investments as possible. Plus, investing strategies: does it make sense to buy a property now and rent it out until retirement? How much of a single stock in your investment... 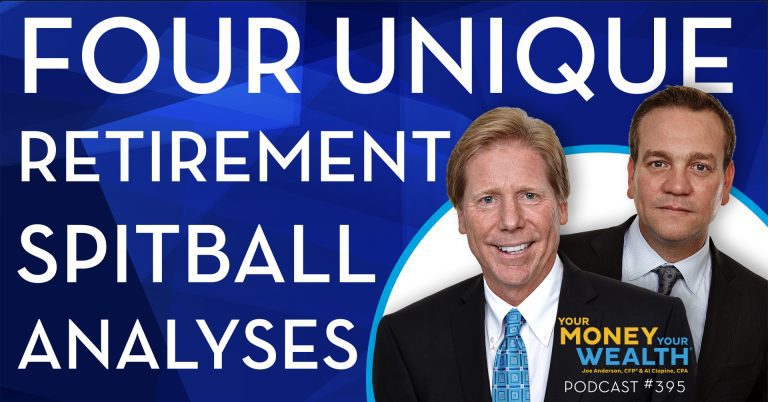 Spitballing Early Retirement by the Ocean with Husband and Boyfriend

What’s the next move for a 22-year-old who wants to retire early at 50? Can another YMYW listener afford to retire by the ocean in 10 months? Can Flowergirl and her husband AND her boyfriend retire next year? Joe and Big Al also check extensive retirement spitball math sent in...